It's that time of the year when the biggest street festival in Europe kicks off again, yep Notting Hill Carnival . And how privileged do I feel that it all happens on Reggaegirlabouttown's doorstep.

It is Bank Holiday Weekend, all the pre carnival mashups have taken place and its time for the street party to begin. See you on the other side!!

I wake up first thing Sunday morning and ride my bike around the area to soak up pre carnival preparations. I have a pattie and rice & peas for breakfast, my staple food for the two day event (and of course rum punch) while watching all the sound systems set up and taking in that, for the next 48 hours, nothing is going to be the same.

I venture from one end of Ladbroke Grove to the other, floating in a sea of reggae pleasure. As the people flow in and the rubbish builds up, the sound systems start to play their best tracks. This year I spend most of my time at the Westbourne Park Road end. By the afternoon All Saints Road is rammed with the usual three sound systems. Somehow I manage to get through the Matrix drum ‘n’ bass crowd. The vibe was doing it at Jah Observer on Ledbury Road, always the best roots reggae soundbox at Carnival (only my opinion), and of course over the way on Talbot Road there's the ska and lovers rock at Gaz’s Rocking Blues. Always great to see that mad set up. Then a dose of King Tubby’s and Rampage to get things really serious with a bashment mix up.

This year I discover a fab new sound system! Different Strokes on St Luke's Road. They play the lot and as their motto goes ‘you never know what you’ll hear next’ - you name it, Vybz Kartel, Gyptian, Mavado, Beanie Man, Assassin, Jah Cure - I get to move to all the dancehall boys. They also mix in some roots reggae and keep the crowd guessing. And they're loving it. Just up from there is KillawattRenowned which keeps fuelling the street with the ragga vibes. So there it is, St Luke's Road is having it.

On Monday around 3pm, the Carnival crowd always look more tired but, somehow, get more energetic. Everyone knows that the end is only a few hours away and pulls together to have the last dances. ‘One more, one more’ is the universal phrase that we all have in our minds as we blow our horns to celebrate the last few tracks. Until this time next year! (I mean bring on the post Carnival mashups).

Posted by reggaegirlabouttown at 8:18 AM No comments: 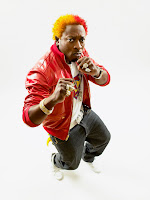 And what a night! Reggaegirlabouttown was walking the streets of Mobay at 7am this morning heading back from a gig that was on fire. There were great performances from all the acts - and all people sticking it out till the end (for real). The night consisted of energetic performances, boisterous attitudes and big, big stage gear. Trust me everyone went all out. No one disappointed, the energy was through the roof... RGAT was lucky to be able to speak with most of the acts during the evening. They were all very pleasant despite most of them just coming off stage spitting hardcore lyrics!! 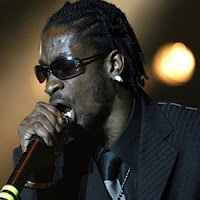 In the early hours of the morning (I'm talking Early say 5am!!) Bounty Killer was awarded the dancehall crown and boy what a performance the War Lord put on. I’m talking energy, attitude, everything rolled in to a huge set that just blew everyone to pieces. After his crowning he did a big up to his big enemy Vybz Kartel who was yet to perform as the closing act. He announced that he was looking to end the feud between the Alliance and Gaza Crew in order to "make things better for the people". He spoke to RGAT afterwards about it. “In the near future you can expect me to be advocating more as a poor people’s governor and not too doing the warlord thing because you see too much war and indifferences in my country now and I love my Jamaicans,” he said. “Collaboration that’s my thing, trying to unify the people. That’s why I big up Vybz Kartel. People know me and Kartel have our differences but I’m showing them I’m bigging up my arch rival.”

Friday was more of a mellow evening but no less of the strong performances especially from Jah Cure and Etana (BTW who mentioned to RGAT that she’s married now!!), not to mention the Queen herself FYAH MUMA who was unstoppable – performing her hit songs like ‘Below The Waist’ for the ladies, then came ‘Lioness on the Rise’ from her new album Montego Bay which hotted it all up. And then a special number where she introduced us to one of her new tracks in a rock style! 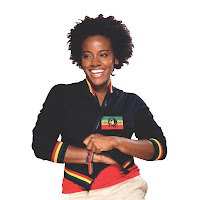 Veteran reggae crooner Tony Rebel closed the night, in a set that was full of big, big songs (‘Fresh Vegetable’!) but best of all his secret weapon - his banter with the crowd. He teased us not to ask him about governmental issues or social problems! Otherwise he’d end up telling all! Before he went on he was telling RGAT that the most exciting thing about playing Reggae Sumfest 2010 was getting to watch a performance by his protégée: Queen Ifrica.

Back up to full power! It was the evening that everyone was waiting for. Gramps Morgan sang a combo of tracks from the album Two Sides Of My Heart including ‘Come Back to Bed’ featuring a little shoulder flash which really pleased the ladies - and some girls I think (?) 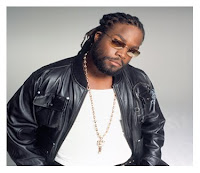 Time for Usher and the headliner delivered. He lasted a good hour but what took it away was when suddenly - kaboom!! Elephant Man appeared on stage giving Usher some dancehall moves to try out. Then all of a sudden Chris Brown appeared too and the crowd went mad. The trio freestyled (so it seemed) some moves and we all danced our butts off! The night came to an end with Beenie Man. The Doctor gave his usual high powered strut. Usually he closes Dancehall Night (Thurs) but it made no difference at this point as the crowd seemed happy to have waited.

So ended the biggest ever Sumfest! Here's to the next one. But who knows what the effect of the peace breakout's going to be. As Shaggy told RGAT, "I liked Bounty Killer when he was Hangry and Miserable. Now he's Hangry and Honorable!" Anyhow, RGAT can't wait won't wait! 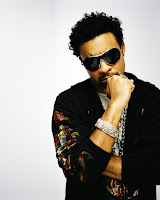