And it’s only two days away now! Still time to buy the essential final bits of kit, a pair of Clarks shoes and a toothbrush Confused? All will be explained. Reggaegirlabouttown is sitting writing this for you by a pool (course, it’s Sumfest!) with my ginger beer and my events list showing all the amazing reggae acts appearing here over the coming days, and the buzz is in the air – the artists are starting to fly into town, the Sumfest Beach Party has already happened and I have the beautiful Jamaica sun on my skin. Get your passport and get out here! And what a lineup I have to tell you about. 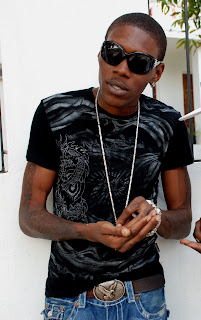 Obviously everyone’s getting excited about the Vybz Kartel gig, and not just because this bad boy is such a lyrical genius but because until this weekend gone, no-one knew if he was going to get out of police custody in time for the gig! Even the Alliance/Gully peeps are calling the cops slack for this. Providing he’s not taken downtown again, he’s performing Dancehall night (Thursday). Saturday’s biggie in my book is God’s Gift to Girls Beenie Man, and on Friday Beres Hammond’s protégé Jah Cure.

But the gigs I’m most excited about are the rising stars, and there’s plenty. Here’s who I’ve got my eyes on. I-Octane (Thursday) is a 22 year‑old who manages to combine conscious lyrics with high, high energy – hence the name. He’s going to be huge this year, trust me.

And Reggaegirlabouttown also says 2010 could be the year of the reggae girl! Here’s three not to miss. Alongside Queen Ifrica (Friday) who won every award under the sun this year and manages to combine dancehall and roots (no mean feat even for a guy), there’s dancehall diva and self-proclaimed gangstress Cecile (Thursday), who could well inherit the Bad Gyal crown from Lady Saw. Moving from crowns to tiaras, the intelligent and theatrical Tifa (Thursday), better known as T-I-F-A princess of dancehall, is playing the main stage at Sumfest for the first time. She’s creating a whole new image for Jamaican women with her music, and her clever, quirky videos mean she could be a big winner in the cash investment that everyone’s predicting to flood into reggae in the next twelve months. 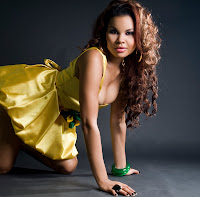 Anyway enough from me for now, I’ve got some ackee to go eat at Mobay’s best kept secret, locally owned restaurant The Native. And the toothbrush I said I had to buy? Not only have Vybz Kartel’s three tracks on the subject made a pair of Clarks shoes the coolest must‑have item in Jamaica, but toothbrushes too: he says they’re the best thing for cleaning the suede.

Posted by reggaegirlabouttown at 8:11 PM No comments: