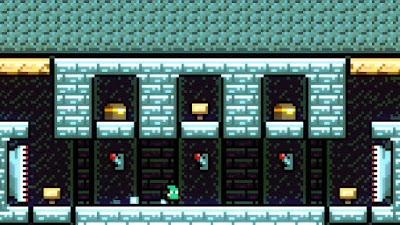 Indie games in pixel art style on Switch are dime a dozen. Like seriously, there are lots of them on the eShop, with widely varying degree of quality. Some are really awesome, like Celeste and Dead Cells, while the other, not so much. This game, Reventure, belongs to the not-so-much good category, and the developers know it and yet made the most of what they have created.

Reventure is a typical Zelda-esque game, where you play as a protagonist who is tasked to rescue a kidnapped princess. That's pretty much it for the plot, and developers of this game knows that they really don't have much to work with, so they resort to being self-aware, peppering the game with lots of crazy 4th wall-breaking shenanigans. There is some semblance of a story, with lots of funny twists for shits and giggles, just to make sense of the hilarity of the endings you unlock. I personally appreciate the humor; the joke bits are genuinely funny. So even though the game is a roguelike wherein you have to start at the very beginning each and every time, there's something in it that would keep you playing it. 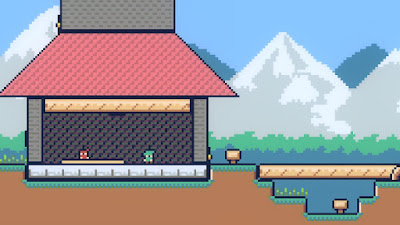 You will see very early in the game, possibly by accident, that this game main gimmick is its many endings. 100 endings, to be exact. One such is endings is when you "accidentally" kill the old man that offers you a sword because it is dangerous to be alone. Dangerous to be alone with you, apparently, so as the game over screen says. Yes, the games right there, 2 minutes in, and then you start again. Then after a brief yet humorous narrative exposition about that particular ending, you have a go at the game again. Then you're off to either finish the game by finding and saving the kidnap princess or find another ending. You will eventually stumble upon another ending as you explore the world, whether by getting killed by an enemy, killing an NPC, or getting crushed by your equipment because you're a greedy bastard. 100 endings are there in the game, and you will surely have a blast trying to find all of them, that is, if you don't get bored to death by the extreme repetitiveness of it all. To possibly combat this, each ending you unlock affects the overall narrative. For example, killing certain NPCs change the game slightly as you have to deal with the consequences of your action. Such consequences mostly don't matter much in the grand scheme of things, but they are mostly inanely funny. 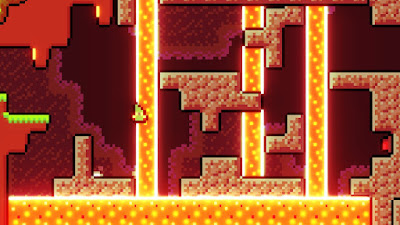 Overall, Reventure is quite a good game, despite its very simple presentation and bare-bones structure. The pixel art is much too pixel-y for my taste, and the 8-bit music lacks much variety, but again, it is really funny and it is ideal for short bursts of play sessions and also in being played handheld. Don't bother playing this on your big screen TV, though if you want to marvel at the pixels in HD, go float your boat. At its price point, if you have the spare money to waste, go get this game.

Posted by reggaegirlabouttown at 4:20 PM