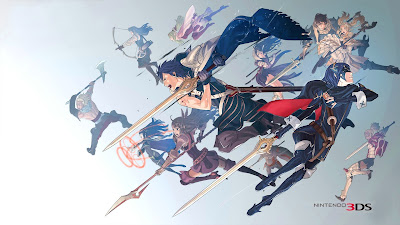 Last night I began playing Fire Emblem Awakening again. It had been lost for two years after moving to Hawaii, but I recently found the small cache of games I'd brought with me to play on the trip stowed away in a small DS pouch sitting under my nose all this time. It was nearly a year ago I started playing Fire Emblem Fates that I wanted to go through Awakening again and do all the things I had neglected to do originally -- but I couldn't find it until now. Among the things I never did was play through on Classic-style (permanent deaths of units) and Lunatic difficulty. That's not even it's final form! There's a Lunatic + that unlocks if you clear it. 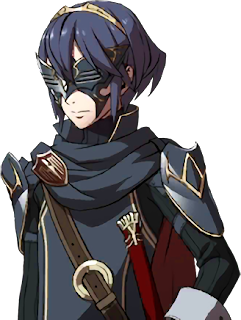 So I booted it up and found I had a Lunatic file on Chapter 15. I honestly don't even remember how many Chapters the game has because it's been so long since seen it, let alone played it. So I decided to start a new file. I spent a minimum of four hours trying to get through Chapter 1-4 last night. It was probably more than that including time spent reading some strategies and tips on how to play the random number generator just right. Then I discovered I don't have access to my old DLC content on this newer 3DS because I neglected to import the data from my old SD card and for some reason my Nintendo Network ID won't simply let me re-download it. That's bogus. This is bad news.

So like a fool, I decided that my current run wasn't good enough. That without the support of the DLC maps, I wouldn't be able to push much farther unless I made a few god-like characters over the first 5 chapters -- Fredrick and Robin, I'm looking at you. So I restarted with an updated player character [Robin] and went through that slog again this morning trying out some new strategies -- and generally it went a lot faster.

There is still this issue of getting to the last 2-3 enemies and watching as their 33% chance to hit and 6% chance of gaining a critical hit off of that 33% turn their expected 14 damage (to my 33 HP on Frederick) into 60 damage. Negating about 35 minutes of careful planning, because now I have to restart the entire map again. These situations are excruciatingly frustrating. I'm sitting here now because I'm asking myself -- am I having fun? I honestly can't tell.

The number of times you'll miss with 85% chance to hit and the enemy will land a hail Mary 4x damage critical combo on you with only a 5% chance are really the tip of the iceberg on how frustrating this experience has been thus far. I'm certainly irritated by the 10th reset due to crappy dice rolls that screw over a unit's survival or give my superstar characters a piss-poor level up gain. Then again when it all comes together, and Lady Luck smiles down on some clutch misses in my favor, it feels pretty damn good to push through the map and take down the boss. Is that moment of victory enough to keep me going? An hour or two of turmoil for an instant of triumph? I wish I knew. 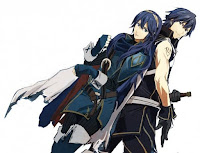 What I do know is that I really want to play Fire Emblem Awakening one more time, and backing down from Lunatic at this time feels like giving up. Can I be the hero Ylisse needs right now if I back down from this challenge and take the easy road? I don't think my pride will allow it, but I'm not having much fun slogging my way through trial and error on these maps -- resetting every 15-25 minutes. How long will it even go on like this? Will I just give up and walk away from this great game, or can I suffer through this hardship and lead my troops to a new level of victory? I don't have any of the answers, friends.